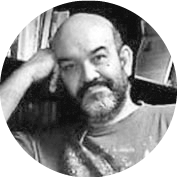 He was born in Girona, Spain, in 1964 and moved two years later to Madrid, where he has been living since then. Prof. J. Cuesta graduated in Physics at Universidad Complutense de Madrid in 1987 and got the PhD in Physics in 1992 at the same university. Since then, he has been working at the Department of Mathematics of the University Carlos III in Madrid (UC3M) where he was appointed as an associate professor in 1995. Nowadays, he is a full professor of Mathematics and his research field is Statistical Physics. For a long period, he applied density functional theory to the analysis of complex fluids (liquid crystals, mixtures, colloids, etc.) but, although he is still doing some work on this subject, his interest on it has been gradually fading away. During a short period, when he moved to University Carlos III (UC3M), he also worked on semiconductor theory, research that he discontinued too many years ago. Nowadays, his current interests are focused on the Theory of Complex Systems, both

biologically and socially motivated, game theory, and evolutionary dynamics. Prof. J. Cuesta is a member of the Interdisciplinary Group of Complex Systems (GISC), a research group gathering people from Departments of Physics and Mathematics at several universities and whose main objective is the study of Physics of Complex Systems. Since March 2012, he is also a member of the Institute for Bio-computation and Physics of Complex Systems (BIFI) of the University of Zaragoza. He has almost 100 publications in different peer-reviewed journals and his most cited scientific article on game theory is: “Evolutionary game theory: Temporal and spatial effects beyond replicator dynamics”, Physics of Life Reviews 6 (4), 208-249, with more than 180 citations up to now. Prof. Cuesta has been involved in different regional and international scientific projects during his career and he has been a reviewer for several recognized scientific journals. 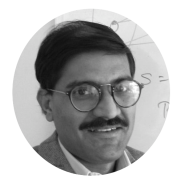 Sanjeev Goyal is a Fellow of the British Academy and Founding Director of the Cambridge-INET Institute. Sanjeev Goyal conducts his research on Economic Theory and is one of the leading academics in his field. He is currently a co-principle investigator on an ERA-Net on Complexity, an EPSRC funded study on the resilience and interaction of networks in Ecology and Economics.

Goyal has made pioneering contributions to our understanding of social and economic networks, with several publications in leading international journals. In 2007, Princeton University Press published his book “Connections: An Introduction to the Economics of Networks”. 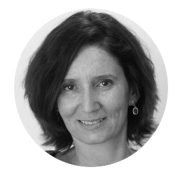 Penélope Hernández is an associate professor of Economics at the University of Valencia. She has co-authored papers in prestigious international journals, as Econometrica, Operation Research, Journal of Conflict Resolution, Games and Economic Behavior, etc. Her research interests include

Game Theory, Economy of Information and Behavioral Economics. Namely, her research deals with models of bounded rationality and communication applied to strategic environments. She is the director of Lineex, the experimental laboratory of the University of Valencia. 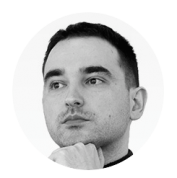 Marko Jusup is an assistant professor at the Institute for Innovative Research, Tokyo Institute of Technology, Japan. Previously, he held a similar position at Center of Mathematics for Social Creativity, Hokkaido University. His research career started in February 2004 at Rudjer Boskovic Institute (RBI), the largest Croatian national research institution. Over time, Jusup contributed to multiple 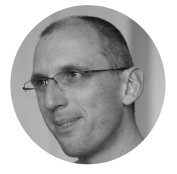 and in 2011 he became a full Professor of Physics. In 2015, Matjaž Perc established the Complex Systems Center Maribor. Prof. Perc’s research has helped to reveal the full potential of methods of non-equilibrium statistical physics in evolutionary game theory His current research interests include: evolutionary game theory, statistical physics of social systems, and exploratory analysis of big data. 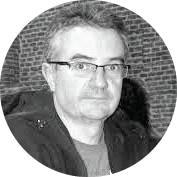 Anxo Sánchez (Ourense, Galicia, Spain, 1964) got his M. Sc. in 1987 and Ph. D. (Special Award) in Theoretical Physics from Universidad Complutense de Madrid in 1991. He was subsequently awarded a Fulbright Postdoctoral Fellowship for a stay at Los Alamos National Laboratory (1993-1994). Nowadays, he is a Full Professor at UC3M since 2009, and one of the founders of the Interdisciplinary Group for Complex Systems (GISC). He serves also as Vice-Chairman of the Department of Mathematics and was distinguished by the UC3M with an Award for Excellence in Research and Teaching (2004) and for Young Researcher Excellence (2009). He has been Co-Director of an International Graduate School, Universität Bayreuth (2000-2004). His research activity is focused on diverse aspects of complex systems science. His most recent projects have to do with applications of Physics and Mathematics to social and biological sciences. He has published more than 140 scientific papers in refereed, international journals receiving more than 2800 citations (Hirsch index h=30). He has been invited to speak at over 40

national and international conferences and he has been the Principal Investigator in 17 projects (Spanish Government, Regional Government of Madrid, NATO and the oil company Repsol). He has also been a member of the Management Committee of two COST Actions funded by the European Science Foundation and a Chairman of the Spanish Thematic Network «Dynamics and collective phenomena in socio-economic systems», supported by the Ministry of Education (2009-2010). Prof. Angel Sánchez has been a member of the Steering Committee of the Statistical Physics Group (2001-2006) and an evaluator in the VI and VII Framework Programs of the European Union (Marie Curie, NEST and FET). Currently, he is an evaluator of several Spanish and international agencies in United Kingdom, The Netherlands, Chile, Venezuela and Flanders (Belgium). He is also a member of the Editorial Boards of different Journals (JSTAT, PLoS ONE, etc) and a reviewer for over 20 journals (Nature, Phys. Rev. Lett., PLoS ONE, Sci. Rep., Europhys. Lett, Phys. Rev. E, J. Econ. Behav. Org. and J. Theor. Biol.) 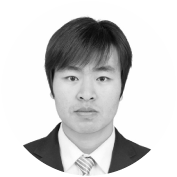 Zhen Wang is a full professor at the Center for OPTical IMagery Analysis and Learning (OPTIMAL) and School of Mechanical Engineering, Northwestern Polytechnical University, China. His research interests are widely interdisciplinary but centered on information networks, complex networks, evolutionary games,

Intelligent decision-making and cognition, human-environment systems with application of mathematical, physical, computational methods and empirical data. Besides, he is also an honorary/guest/chair professor at several overseas universities.