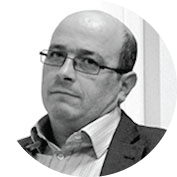 Prof. Yamir Moreno got his PhD in Physics (Summa Cum Laude, 2000) from University of Zaragoza. He is the Director of the Institute for Biocomputation and Physics of Complex Systems (BIFI), the head of the Complex Systems and Networks Lab (COSNET) and Professor of Physics at the Department of Theoretical Physics of the Faculty of Sciences, University of Zaragoza. Prof. Moreno is also a Deputy Director of the ISI Foundation in Italy and External Professor of the Complexity Science Hub Vienna, Austria. He received the CSS Senior Scientific Award in 2019 and is an ISI Highly Cited Scientist 2019. Prof. Moreno is the elected President of the Network Science Society and was the President of the Complex Systems Society from 2015 to 2018.
His field of research is in the theoretical foundations of complex systems, which he investigates using tools from mathematics, physics and network science. Pro. Moreno is a world expert on disease dynamics, diffusion processes, mathematical biology, nonlinear dynamical processes and the structure and dynamics of complex systems. He has published more than 200 scientific papers with a total of 18700+ citations and h-index=54 (ISI WoK) or 31500+ and 65 (Google Scholar). At present, Prof. Moreno is a Divisional Associate Editor of Physical Review Letters, Editor of the New Journal of Physics, Chaos, Solitons and Fractals, and Journal of Complex Networks; an Academic Editor of PLoS ONE, and a member of the Editorial Boards of Scientific Reports, Applied Network Science, and Frontiers in Physics.
See also COSNET Lab 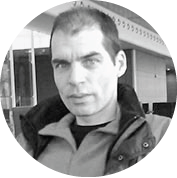 Research Fellow Carlos Gracia-Lázaro was born in Getxo, a city near Bilbao, Spain (October 1970) and moved to Zaragoza in 1974 where he has lived ever since. After several years working in the City Council of Zaragoza, he attended the National Distance Education University of Spain where he obtained the BS in Physics in 2006. Thereafter, he got his MSc in Physics and Physical Technologies from University of Zaragoza and some years later, the PhD in Physics (Summa Cum Laude) at the Department of Condensed Matter Physics of the same university (2012), with a thesis entitled “Dynamics and Collective Phenomena of Social Systems”. Since then, he is a member of the Institute for Bio-computation and Physics of Complex Systems (BIFI) of the University of Zaragoza, where currently works as a research fellow in the Complex Systems and Networks

Lab (COSNET). His research interests are mainly focused on Evolutionary Game Theory, Social Dynamics and Complex Networks. On the other hand, his recent projects are specifically related to applications of Physics and Mathematics to Social Sciences and are aimed at uncovering and better comprehend the different mechanisms underlying social and economic behavior, including theoretical and experimental studies on cooperation in human society. Currently, researcher Carlos Gracia-Lázaro serves as a reviewer for several international scientific journals (Scientific Reports, Physical Review E, PLoS ONE, etc.) and has attended various conferences on the subjects related to his research field. Since 2011, he is the responsible for the analysis of data of the different experiments conducted to date on cooperation in humans. 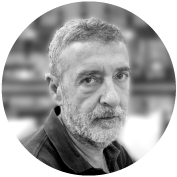 Luis Mario Floría received an undergraduate degree and PhD from the University of Zaragoza. He has also been a visiting Associate Professor in the Physics Department at the Carnegie-Mellon University (Pittsburgh) and at the Institute for Theoretical Physics of the University of California (Santa Barbara, CA), scientific consultant of Los Alamos National Laboratory and external collaborator of the Laboratoire Léon Brillouin at the

Centre d’Études de Saclay (France). Currently, Mario Floría is a Full Professor in the Department of Condensed Matter Physics at the University of Zaragoza. Floría is also a member of BIFI Institute and COSNET Lab (since 2003). His main fields of research are Statistical Physics, nonlinear macroscopic systems, complex systems, Evolutionary Game Theory, and the structure and dynamics of social systems. 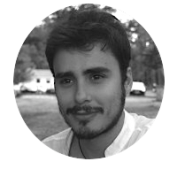 Felipe M. Cardoso is a Ph.D. student at Complex Systems & Networks Lab (COSNET), BIFI Institute, University of Zaragoza. He got both his undergraduate and Master’s degrees in Computer Science at the University of Campinas, Brazil. At present, he is doing his Ph.D. under the supervision of Prof. Yamir Moreno in the area of Computational Social Sciences and Human Behavior. His research activity is focused on studying the laws that

promote human cooperation and on assessing how individuals react to social dilemmas that pose a basic conflict between the individual and the collective. He is actively involved in the design of large-scale social experiments online and on-site at Nectunt Lab. His main research areas are data gathering, online social networks, computational methods and tools, and Evolutionary Game Theory.